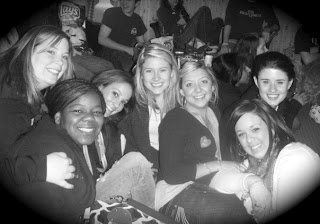 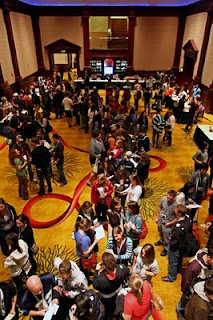 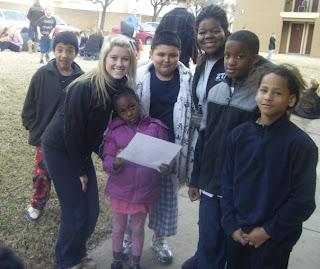 Karl served on the program team for Winter Conference this year, and enjoyed having direct input into what the students would be hearing. His sense of humor came in handy to the team as they made video skits and wrote emcee jokes for the week.
The theme was REVOLUTION, and we had speakers (Tim Muelhoff, Josh Riebock, and Todd Ahrend) who brought messages of the radical transformation that Jesus will bring to your life. For the first time this year, we had a "Greek Track" of seminars to train students to reach their peers specifically in a sorority/fraternity environment. And as always, we had a day of outreach in the Fort Worth community. Because Karl's hours were around-the-clock at the conference, and because I left the first day with a sick newborn, our pictures are courtesy of Charlie--one of our "Greek Track" leaders at University of North Texas.
Thanks to those of you who prayed for our baby boy while we struggled with RSV. His condition never worsened to the point of hospitalization, and he got over it about a week sooner than expected--no doubt this was God's answer to everyone's prayers!
Win-Build-Send