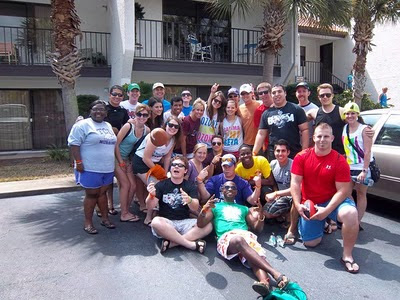 3 Staff and 33 Students from UNT, TCU, and MSU made the 750 mile road trip to Panama City Beach, FL for Big Break, a week of sharing Christ with college students who are there for Spring Break--like THE SPRING BREAK, the one you see on MTV.

After the morning rallies with praise & worship, devotions, teaching, and training, the group would pair up and share the message of Christ with the 200,000 visitors at the beach. This is Moises, UNT music student, encouraging the group before heading out. 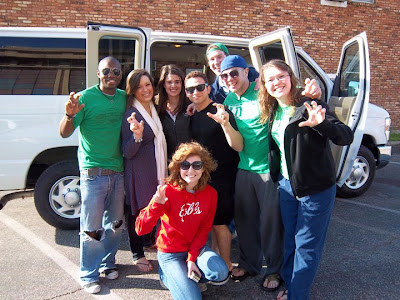 Karl spent his week with these UNT students. Daily, they changed up the pairs in which they went out sharing. One of the coolest stories from the week was when Karl and Sam approached a group of 3 guys who had already been approached several times. The guys told them what they told the others who had come before: "We're Atheists. We're not interested in what you have to say." Later that afternoon, Karl and Sam walked by those same "big dudes" and noticed that they were holding hands and praying with Cedrick and Kelley (2 other students in their UNT group)! We found out later, that these guys had a change of heart! They wanted to discuss spiritual matters. What Cedrick explained struck a chord with them--They looked out at the vast ocean and admitted that it did make sense that there was a God who created it. Cedrick led them through the Gospel, and 2 of them prayed and asked Christ in their life right there on the beach! Kelley shared in a separate conversation with the 3rd guy, and he too accepted Christ! Just one amazing story of 3 of the 200 people who accepted Christ that week! 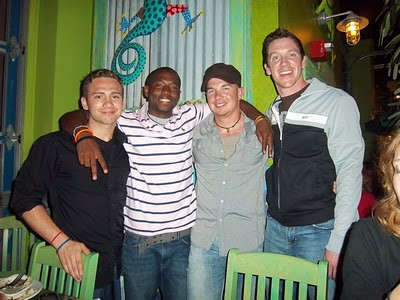 Karl with Moises, Cedrick and Micah. So proud of these guys--they have really stepped up this semester to lead, initiate, take steps of faith and earnestly seek to obey God in their daily lives. It is exciting to watch God turn them into strong men of faith. 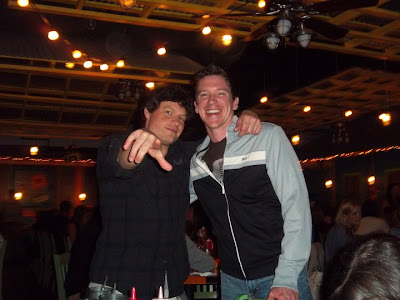 Because there was such a need for beds for students, Karl bunked in the room with his friend Andy, who emceed the week. This was another personal highlight. Andy is one of Karl's favorite friends, and also one he doesn't get to see that often. In addition to having so much fun together and side-splitting laughter, they are a true picture of Proverbs 27:17 "As iron sharpens iron, so one man sharpens another." I love when Karl gets to spend time with Andy because he always come back refreshed.

The whole week was encouraging for Karl and our students in so many different ways! We are thankful for all that God did last week!
God's faithfulness On Location Win-Build-Send