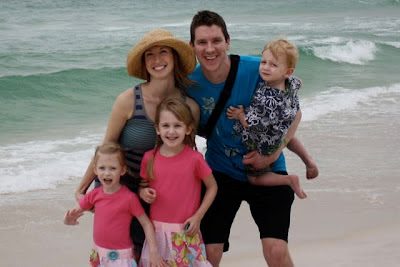 On the 20th of March, I wrote this message to my praying friends: "What will make me stick out today on my walk to La Vela Spring Break club (where MTV films)… Perhaps my wedding band? My laugh lines? My lack of a suntan? My fully-clothed, 32-yr-old body? I could probably only be more conspicuous if I was pushing my double stroller…
Please pray for me today (right now) as I set out with 7 gals from UNT to share our faith with Spring-breakers. Pray that what sets us apart most is our compassion and our aroma of Christ." 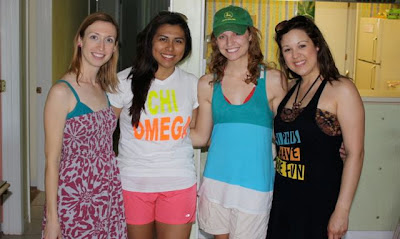 On March 21, I sent this email relaying my experience of one conversation:
"We ended up at the Holiday Inn bash (on the walk to La Vela). Even though there was no film crew there, the party was roaring. I got hit on, offered weed, sat in beer, and had an amazing conversation with 2 gals from Missouri State. "K & K" we'll call them, best friends since childhood, and one of whom's Dad passed away (very recently after a long battle with cancer). His last words to his daughter, "I have accepted God, and I want you to accept Him too." This beautiful, intoxicated girl cried rolling tears while sipping her alcoholic beverage of "I-don't-know-what's-in-it-some-guy-gave-it-to-me", and relayed her pain of the past few months.

My teammate Natasha and I listened and encouraged and talked with them for at least an hour. Her friend said, "You don't know what a big deal this is for her to tell you all of this. No one else here even knows."
K&K are pretty clueless about God, and Christianity. K said, "I just ordered a Bible on amazon, but I don't even know where to start. I really want to know what it's about. I wish someone could just tell me about it." Natasha and I readily volunteered. ;)
We shared the full Gospel and allowed them to assess where they are in the process. Both realized that they are separated from God and without Christ, and they did not want to remain that way, but they did not want to repent in our presence. Totally understandable. They each kept a copy of the Knowing God Personally booklet and hugged us. Again crying, they said, "Thank you soooo much for talking to us. I'm sure so many people think you're just crazy for doing this, but it really helped us." Natasha and I had to hold in our laugh at their well-intended attempt of a compliment and smiled and said, "You're welcome." :)
Please pray for K&K! Pray that in their alone time they would get right with God and accept Jesus into their hearts!"
Now, several weeks later, the thing that stands out most in my mind, is their eyes. The one who lost her dad has beautiful long black eyelashes over amber-gold eyes--sad eyes masked to others by sunglasses and an intoxicated smile.

Natasha and I also had a conversation with a girl from the University of Alabama. When we asked her if she would answer a spiritual survey of ours, she enthusiastically said yes. I thought, "Such enthusiasm means she's either a believer or she's a hothead who loves to argue." She turned out to be the former. A Southern-Baptist gal who had pledged a sorority with the sole intent of making relationships with non-believers. There she sat on the beach in the midst of them. Together, the 3 of us prayed for them. Then she said, "Ok, I have one other prayer request. I'm about to get really personal even though I just met you...no one else here knows.. but there is a lump in my breast. I have a doctor's appointment first thing when I get back, and I'm really scared about it. Can you please pray for me?" We bowed again, prayed for her health, and she lifted up a prayer of thanksgiving and blessing for Natasha and I. We left feeling so encouraged that amongst the massive crowd, God had brought us to the exact girls who He had wanted us to meet! 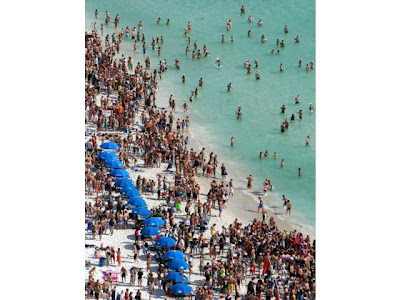