- July 14, 2013
Such tragic news this morning! The passing of Cory Monteith causes something in my gut to say, "That's not right...It can't be..."  When tragedy strikes someone so young, someone who brings joy to others, it pains us, and forces us to look at the uncertainties of life. 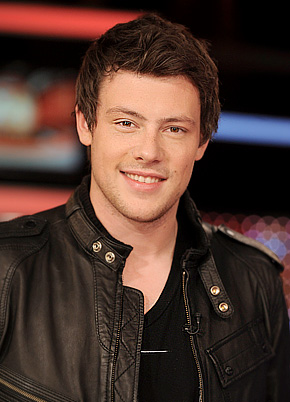 2 years ago I wrote a post about Finn after an episode of Glee wherein Cory's character ponders his own mortality and the existence of God. On a day such as today, it's impossible to avoid reflecting on these "big questions" (as Ms. Pilsbury referred to them). The "big questions" are at the bottom of each and every soul, but many push aside those restless thoughts because the duties of life press for time and attention. I pray that today you do not push aside the "big questions" but instead really explore them. I'm re-posting that 2011 blog here:

Glee, Finn, and the Big Questions
Sweet Finn—who lost his Daddy when he was a baby, who’s the masculine High School star football player, who stands loyal as boyfriend to the unpopular girl regardless of what others think, who sings & dances like a rock star--Finn, you just root for him, don’t you? While he’s got a lot of talent going for him, it’s obvious that Finn still has a lot to learn (last season his girlfriend convinced him that he got her pregnant without sex). So we say “Sweet Finn” while our heads tilt to the side ever so slightly, maybe with a slight pucker and head-bob. This week is another case in point as he beseeches his grilled-cheese sandwich with prayers for help in football, among other things--ahem. Sweet Finn (head tilt and shake), down on his knees, hands folded and calls his sandwich “Grilled Cheese-us”. But there is one point in the episode where the ridiculous becomes sincere when Finn realizes that his grilled cheese is not God or a genie, and confesses to his guidance counselor Ms. Pilsbury, “It was sorta cool—feeling like I had this direct line to God. Now I just feel like everyone else—like we’re all just floating around in space.” 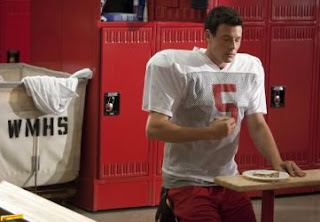 I have to hand it to the creative minds behind Glee, they provide songs, dance, jokes, but then, they get to people’s hearts as well. This week they weaved together Barbara Streisand, The Beetles, REM, Billy Joel, and all the while telling the story of Kurt—who is doubting the existence of God while his Dad is lying comatose in the hospital. They tried to tackle some big lingering spiritual questions:

-If God is real, why do bad things happen?
-Why do some church-goers act hateful to homosexuals?
-Which faith is right, if any at all?
-Do prayers help?

What made my heart ache more than Kurt’s tearful rendition of “I Want to Hold Your Hand?” -- That Finn was left thinking that he did not and could not have a direct line to God. What seemed like a show offering different view points, left a void of what I have experienced as true of God--not a genie, not a tyrant, not a distant unengaged being. Jesus says, “I am the vine; you are the branches…If you stay joined to me and my words remain in you, you may ask any request that you like…I have loved you even as the Father has loved me. Remain in my love.” John 15

The show attempted to give different points of view, but the only mention of Jesus was Finn’s grilled cheese. That is not the Jesus I know. My Jesus—the Jesus of the Bible—has a direct connection with me. It is unique in that I have a personal relationship with Him. It is free in that it is offered to everyone. Finn admitted “disappointment” because he felt “like everyone else.” The Bible has an answer for that also: Christ died for our sins ONCE for ALL (1 Peter 3:18), and "God has no favorites" (Galatians 2:6). Being like "everyone else" is freeing, because God offers the same path of rescue for every person, and He promises the same inheritance for all those who accept Him (Titus 2:11-14).

Ms. Pilsbury responded to Finn’s disappointment by saying, “You’re not alone. The big questions are really big for a reason. They’re hard. But you know what? Absolutely everybody struggles with them.” Glee made it a point to argue one view of answers to the big questions. They attempted to show another side by having the final scene in a church. But their depiction of church as Simon & Garfunkel gospel was sweet, but a bit incomplete. I don’t have all the answers, but I do have a real relationship with God through Jesus. If you’d like to explore more about a real and living connection with Jesus Christ, go here: EveryStudent.com

If you’d like to discover more qualities of the God of the Bible, you can find that here: Discover God

If you’d like guidance on the “big questions” from a Biblical perspective go here: GotQuestions.org or here: EveryStudent.com
pop-culture The Real Jesus