Oh Syria, Syria, what can we do for you?

And at first it was just cries to the Lord, "Help!" We've seen the pictures, the videos, the death, and we are DEVASTATED for you! Yet we are far away--not just physically, but in our daily realities. What do I do?--Have a heart-anguishing moment and then scroll on to the next animal video?
No. Not satisfactory.
But I feel small and powerless to make any real difference, and my responsibilities are many, so for months I sat conflicted... 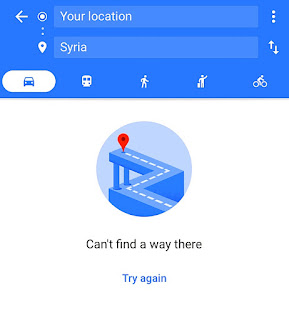 Last year on a train in Europe, I met an American man named Kevin who had dropped everything, bought a one-way ticket, and came to help rescue refugees who were fleeing by boat. He couch surfed (or cot-surfed, or train surfed) as needed. He was a tall and sturdy man--he didn't fear the dangers, and he had no family or "successful" career that kept him from coming, so he came. I admired how he jumped to rescue others. It's easy to rationalize sitting back.

I think about the effort it took for our family to "jump" to go overseas for service. It wasn't so quick. We sold our home, sold our car, boxed possessions, acquired visas, and raised thousands of dollars. After which, 2 adults + 3 kids moved to a foreign place, learned a language, made a home, and navigated a new world in order to serve. The whole process took about 18 months just to begin--surely not something that can be done at the drop of a hat! Love compelled us to go, but rationale was required. 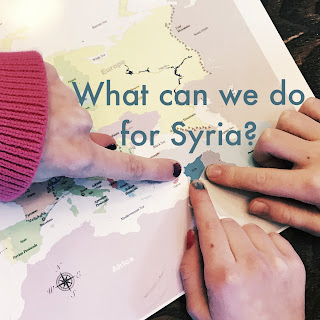 So now I'm back on this U.S. side of the ocean-- kids, school, swim practice, laundry. What CAN I do? What can my family do for you, Syria? We started with the only thing we knew to do: pray.

And from there, the Lord has directed us to other small things. Huh, isn't that funny that I would even use the word "small" to describe obedience? As if the only big thing is physically going? No, let me replace that word "small" right here on the spot. The Lord has directed us to do GOOD things. We are God's handiwork, and He says that Christ has laid out good things for us to do that we should walk in them. His place for us right now is here, and yet there are good things I can do from here. And since He works all things together for His Good, we KNOW that anything good done in obedience is never small. Because GOD MULTIPLIES! Hallelujah!

So with you, Syria, on our hearts, I look back at that first prayer and realize that God has in fact led us to action:

1. Giving.
We set aside parts of gifts and earnings as a family and sent them to the places that are hurting. (I recall my sweet 9 year old saying at Christmastime "I have $10, but I want to send $5 to Aleppo, so I'll only spend $5 on gifts.") We sent these through a reputable charity org that we have trusted in the past to do good work and to use the money honestly and as indicated.

2. Shopping with a purpose.
I needed a dress to wear to a couple of nice occasions coming up. As I write this to you, I realize how absurd this sounds--the gap in our realities. I have a choice--I can abandon my reality and put on sackcloth and ash, or I can continue in my reality and try to make it serve you as much as possible. For now, I feel God direct my feet forward in the things He has before me, so as I do that, I shopped a small business which gives proceeds to charity. This winter they sent a large portion of their profit (even larger than they advertise) to the crisis in Syria. I continue to revisit this shop first rather than last.

3. We stop and pray.
There is a time for us to cease all else--to set aside, to think of you, to beseech help on your behalf. We gather at the table with our maps, point our fingers and pray. We get down on our knees in the living room, faces on our pillows and pray. We write this time on our calendars. It's important. You're important!

4. Being informed and being involved.
I hear some people ask for folks to sign a petition or write their congressman, and I'll confess that I haven't been informed enough to do that well. I don't feel equipped to tell other people how to do their jobs in this matter. While I'm not a government leader and have no desire to be, I am a member of a democracy and therefore, have the privilege of having some say-so in who does get to make those decisions. So I sought to remedy my lack of understanding by collecting a variety of sources with wide perspectives--a weekly liberal magazine, a conservative Christian book, and monthly newsletters from the charity who is on the ground near the crisis.

5. Don't keep scrolling.
You are not a blip on our 1000s of media exposures a day. You are real people, human beings. You live and breath and love and hurt. You deserve more than a glance. When I see a short video on Facebook, I stop scrolling and find a real news update. You have my attention, and we are not forgetting your pain!